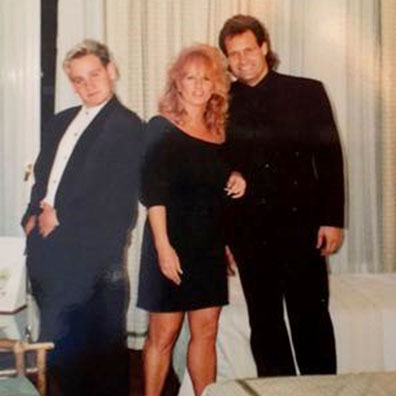 Growing up, Daner and I were as close as a brother and sister could be. He was movie star handsome, smart, funny and kind, not only to me but to everyone that knew him. He was a great friend to many, a loving son and wonderful brother. He was my best friend!

He was the bright star in our hometown of Arlington, TX. The heartthrob of every girl in town! Being three years younger, I always looked up to him in awe. I was so excited to tag along with him wherever he went because I knew it would be a fun adventure. As we grew, we continued to be thicker than thieves. We shared everything in our lives, our stories of adventure, love and heartbreak and our dreams for the future. We both worked in the family business and were fortunate enough to be able to travel all over the world together for work and pleasure. Wherever we went, everyone loved Daner.

When I got married and had my three children, Uncle Daner was always there hanging out with his nephews who loved him dearly. Daner later moved to Atlanta in the late 90’s accepting a senior position in a company and lived there for 14 years. During those years, he got married and had two beautiful children, worked and supported many charity foundations. Being an avid Harley enthusiast, he put together annual rides and raised a lot of money for the Muscular Dystrophy Association and the American Diabetes Association. He loved supporting charities!

Although he was very successful in this endeavor, he always longed to return to Texas where his heart, soul and family were. Even though we lived in different states, the distance between us could never separate us. We spoke regularly and stayed involved in each other’s lives. Then lucky for all of us, Daner’s work brought him back to Texas in late 2010. It was great having my brother back and having all the family together again. 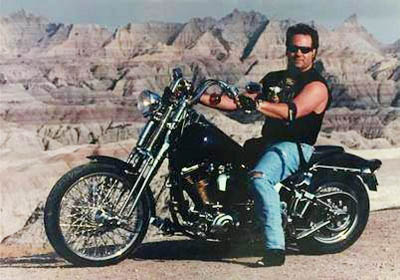 After being back in Texas for 4 years, life was good. Daner was in the best shape of his life, working out regularly and following a healthy lifestyle. Then suddenly he started having stomach aches. He didn’t think much of it and took over-the-counter medicine to relieve the pain but it continued. So he decided to have it checked by a doctor. I remember being in my car when I got his call and he told me he might have cancer. I thought no way. We don’t have serious cancers in our family, just me with some minor skin cancer.

Then on September 21, 2014 we got the news that it was an inoperable Pancreatic Cancer, which had metastasized into his liver with a prognosis of six to eight months to live. We were in shock. That’s when panic set in. All family and friends went into fight mode. We were convinced he was going to beat this. Cancer wasn’t going to win, not against Daner!

Everyone was researching alternative treatments because Daner did not want to do chemotherapy or radiation having seen the negative effects on the quality of life when diagnosed with terminal cancer and felt it was not for him.

Then Daner saw a program on patients who chose cannabis as their choice of treatment. The program documented how cannabis prolonged the survival of many people and even cured some types of cancer. Through Facebook, Daner became friends with a gentleman who had the exact same cancer that Daner had and was using cannabis as treatment and it was working. He had been given the same prognosis of six to eight months and was still alive, returned to work and taking active care of his wife and kids for 20 month after his diagnosis. After further research, Daner firmly believed that ingesting cannabis oil daily was going to save his life.

Daner started using the cannabis oil daily. Sadly, he got a lot of resistance from some family members who were unwilling to research the benefits of medical cannabis or “dope” as they called it. They wanted him to do chemotherapy and were very persistent about it. In an effort to reach a compromise, Daner agreed to start chemotherapy but insisted on continued use of daily cannabis oil, as he firmly believed this would save his life.

Two weeks into his chemotherapy and six weeks into orally ingesting medical cannabis oil daily, not having any guidance regarding dosage and frequency, his trial and error efforts seems to have paid off, we received great news; his cancer cell marker count decreased considerably.

This was so much closer to the normal range for healthy individuals we felt he was well on his way to remission. We were told that chemotherapy couldn’t work that quickly, so we were confident that it was the use of the medical cannabis oil. Daner was so excited that he said, if he beat this cancer, he would have a story to tell and boy, was he going to tell it.

We talked at length during this time about starting a foundation to educate people on the medical benefits of cannabis and to support human medical cannabis studies and somehow provide medical cannabis to people who wanted to use this form of treatment but could not afford it. We thought it would be very important to do trial studies on humans to determine the exact quantity and dosage necessary to understand the miraculous benefits of medical cannabis for all types of cancer and numerous other diseases. Daner always wanted to share his newfound knowledge and make sure other people knew too. 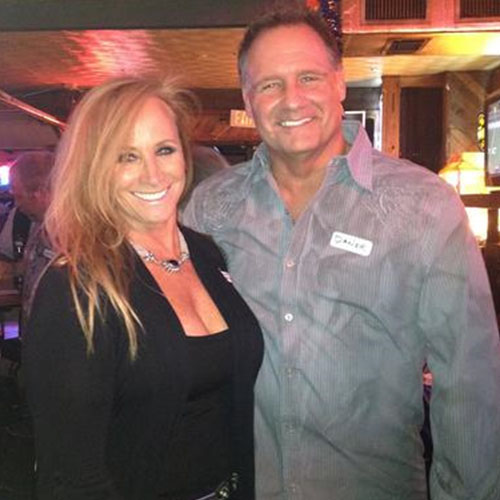 So when it came time for his second round of chemotherapy unfortunately, the same family members were still convinced that chemo was the only cure. He wanted to keep the peace and went for round two. Following this second round of treatment, he became much weaker and frail. He skin started turning yellow, which is indicative of liver failure. Following a trip to his oncologist and subsequent testing revealed that his dead cancer cells were clogging his bile duct and slowly shutting down his liver. A stint could have been placed to release the clogging but the doctors refused to do so stating his cancer would spread rapidly and it was hopeless. Within two weeks, his skin turned completely yellow in color, Daner lost his life to liver failure, a complication from cancer.

On January 25, 2015, I alone, was with my best friend when he took his last breath and made a promise to him. I would make sure the world was educated and informed about the medical benefits of cannabis. Programs would be set up to support all human medical cannabis studies as well as create programs to provide medical cannabis to those who qualify and cannot afford the medicine.

I promised Daner and myself that his story would be told and I would make sure that he was never forgotten, thus began The Cannabis Foundation.